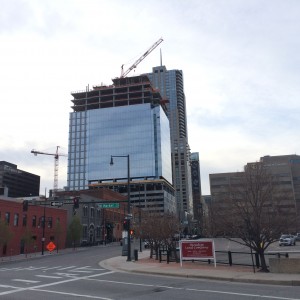 Denver has been rapidly changing over the course of this year and also the last few years. Downtown Denver’s skyline continues to change with new hotels, office buildings, and even residential buildings being built in the area. Overall, Denver is expected to experience the highest growth rate in hotels in the nation this year. In addition to more hotels in Denver, The University of Colorado A Line with RTD will now bring many more visitors downtown from Denver International Airport with more commuter rail lines set to launch around the metro area this year. A strong, vibrant downtown is the key to the economic vitality of an entire region, and Denver’s focus on its urban core is paying off. 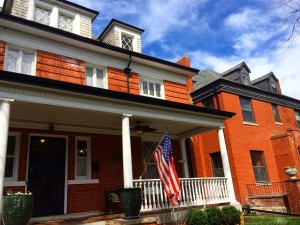 A stately mansion in Cheesman Park is going for $1.3 million.

The River North area, affectionately called “RiNo”, is now the city’s new trendy area, where lots of local businesses in food, drink, and tech now call RiNo home, with many more to come. Even the World Trade Center of Denver is calling the neighborhood its new home later this decade. The University of Colorado A Line also runs through RiNo, allowing for the area to be accessible to more people through public transit. The National Western Complex will receive a much needed makeover over the next several years, which will add to the revitalization of the neighborhood. 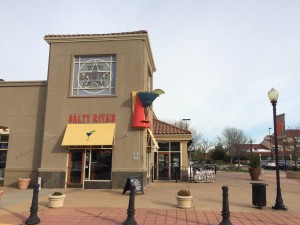 Some places around Denver are staying established, like Salty Rita’s in the Lowry Town Center.

The changing face of Denver also comes with growing pains: the latest update of the Case–Shiller index Home Price Indices shows that Denver’s home prices continue to increase at double-digit growth, trailing only behind Portland, Oregon, Seattle, and San Francisco. Denver’s home price appreciation is running at nearly twice the national rate. Starter homes are becoming less and less attainable for first-time home buyers due to rapid price appreciation combined with modest income gains, putting the squeeze on for buyers. As a result, many first-time homebuyers are competing with other homebuyers for a limited supply of housing in the city.

Despite reports of average rent in Denver falling by seven percent, the city’s rent is still quite expensive compared to a few years ago, leaving some long-time residents of Denver few options to stay in town. Millennials are also having a hard time finding rental property and affordable housing in Denver, which may end up driving away many young professionals in a few years if the city does not address this issue by providing more condos and other affordable housing.