This post about the Montclair neighborhood is part of a new series on the Denver Real Estate Partner blog, which highlights the many diverse neighborhoods of Denver. If you like what you’re reading and are interested in exploring a neighborhood, contact me to set up a time. You may very well find your dream home in one of these neighborhoods. 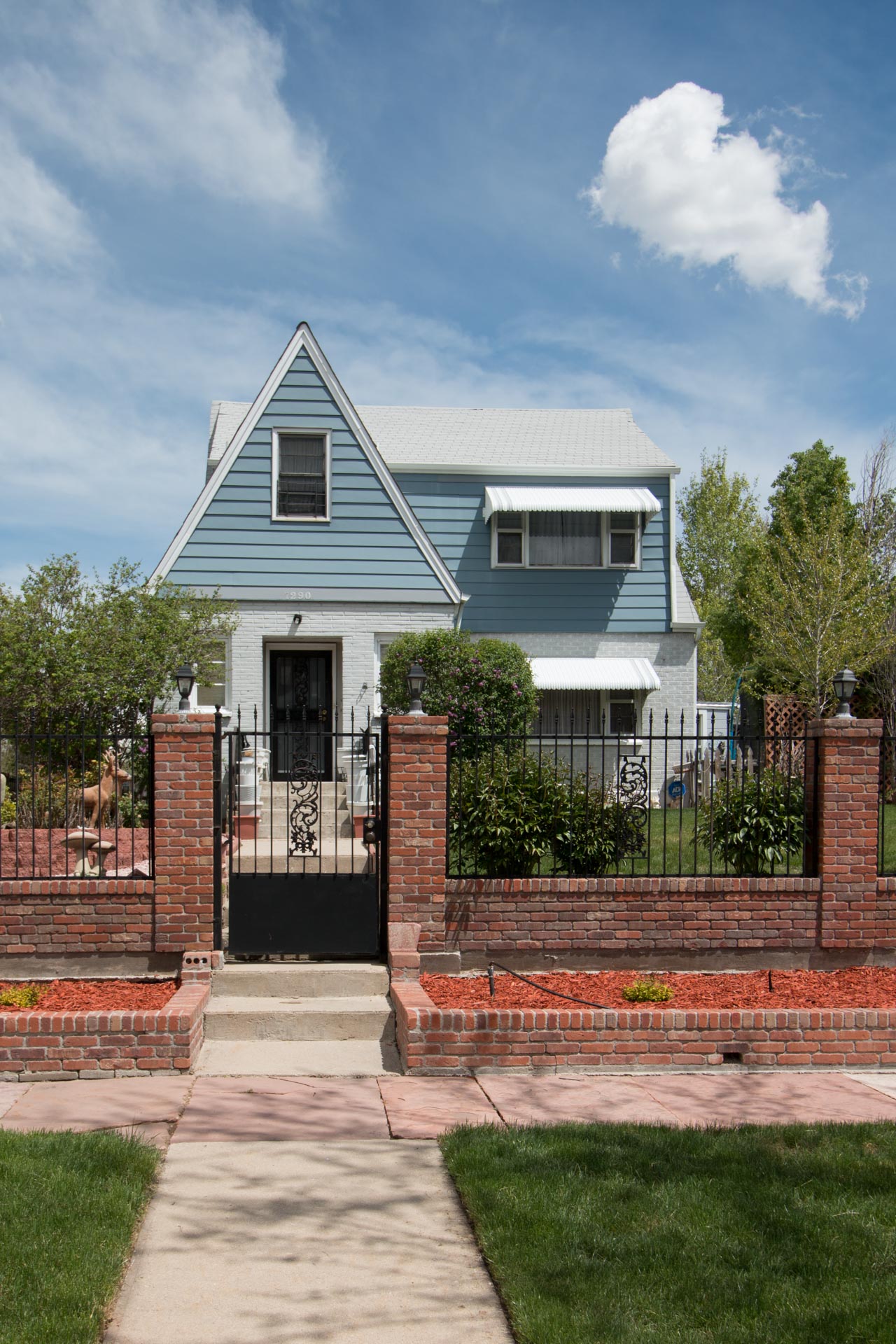 Where Montclair Is in Denver

History – The Baron’s Castle and a Murder Scandal 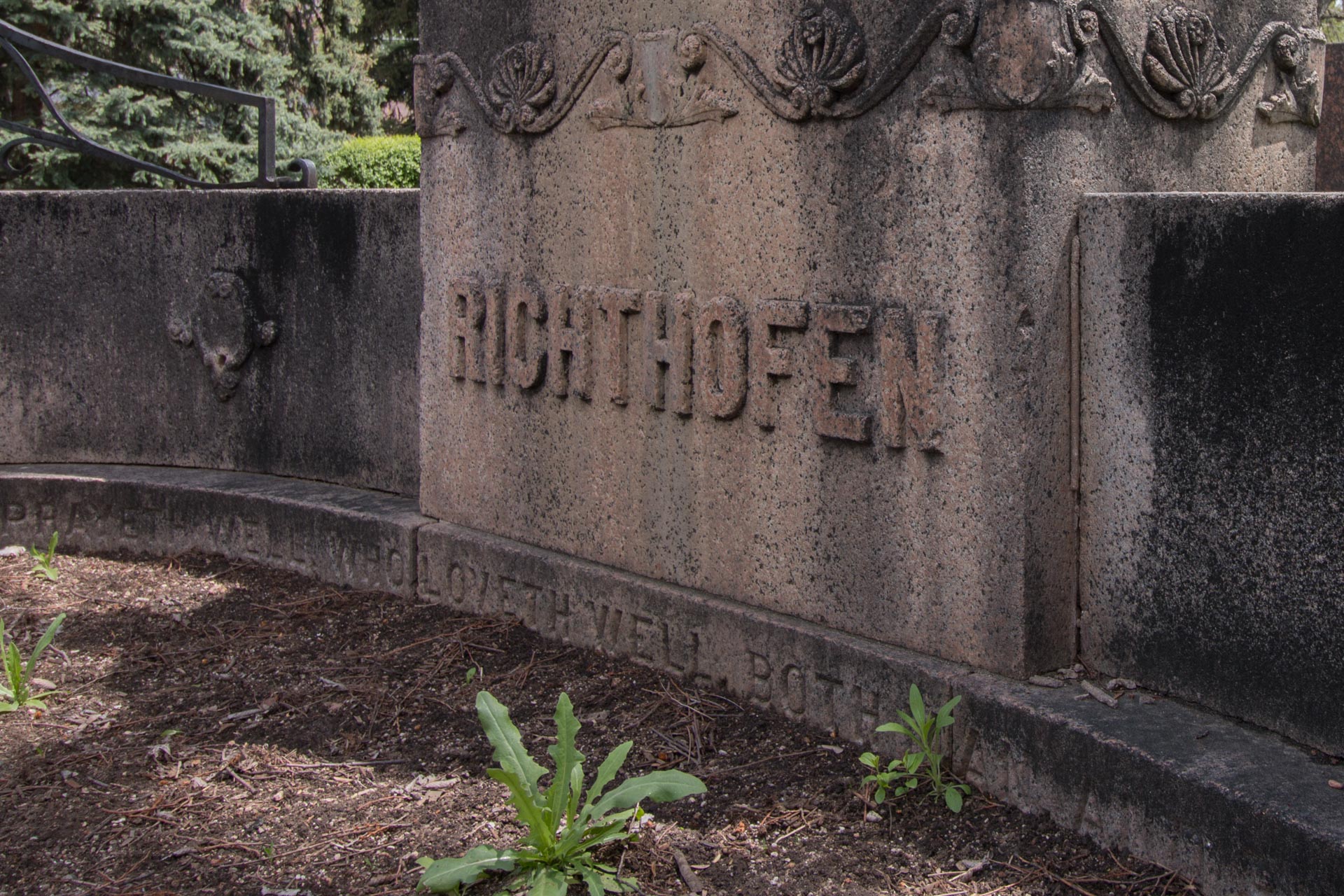 Historical marker in Montclair for Richthofen: Richthofen’s wife’s grave is located by this marker in the Montclair neighborhood.

Baron Walter von Richthofen was a local real estate tycoon, German immigrant, and uncle to the notorious “Red Baron” of WWI fame. The Baron founded Montclair in 1885 as a “suburban” retreat for well-to-do tuberculosis patients and built the massive Romanesque Castle at Pontiac Street and 12th Avenue as both a personal residence and as a centerpiece to attract newcomers to Montclair.

In the late 1800s, Montclair was a community the Baron designed with wide parkways, plenty of trees and oversized lots. The town of Montclair was incorporated in 1888, and while many impressive homes were constructed during this era, the Baron’s and the town’s fortunes went south in the Silver Crash of 1893, which then allowed for Denver to annex Montclair in 1902. 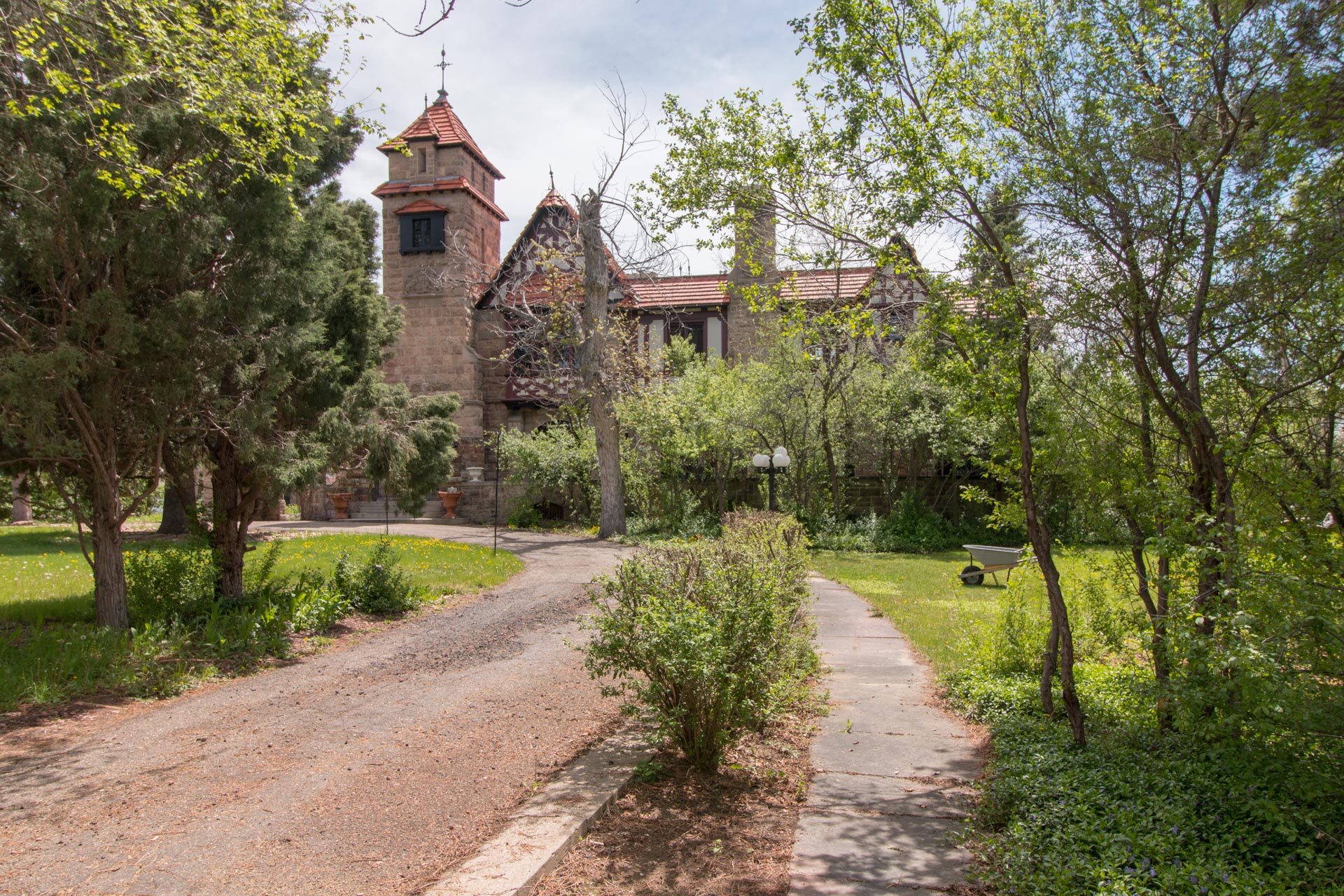 Richthofen’s Castle still stands in the Montclair neighborhood. It is now a private residence.

Richthofen’s Castle was also the site of a scandalous killing and its ensuing trial in 1911 that titillated the masses in the early part of the twentieth century. While on an evening stroll in 1911, femme-fatale Gertrude Patterson shot her husband, Charles, four times in the back at the steps of the Castle. The young pretty woman first yelled suicide but then claimed self-defense. The murder trial, splashed all over headlines to a captivated public, starred the mesmerizing Gertrude and revealed many lurid details of the Pattersons’ failed marriage, including a love triangle involved Gertrude’s elder “benefactor”, Emil Strauss.

Although Gertrude admitted to the shooting, a last minute defense witness supported her innocence and she was acquitted. Shortly thereafter, Gertrude left Denver and reportedly died under an alias in the sinking of the Titanic in 1912. Read more about the whole incident in the creative nonfiction book, “Alienation of Affection”, by University of Denver law professor Robert Hardaway.

Interested in gardening with neighbors? The Historic Montclair Community Garden is located at Niagara Street and Colfax Avenue and was established in 2010. 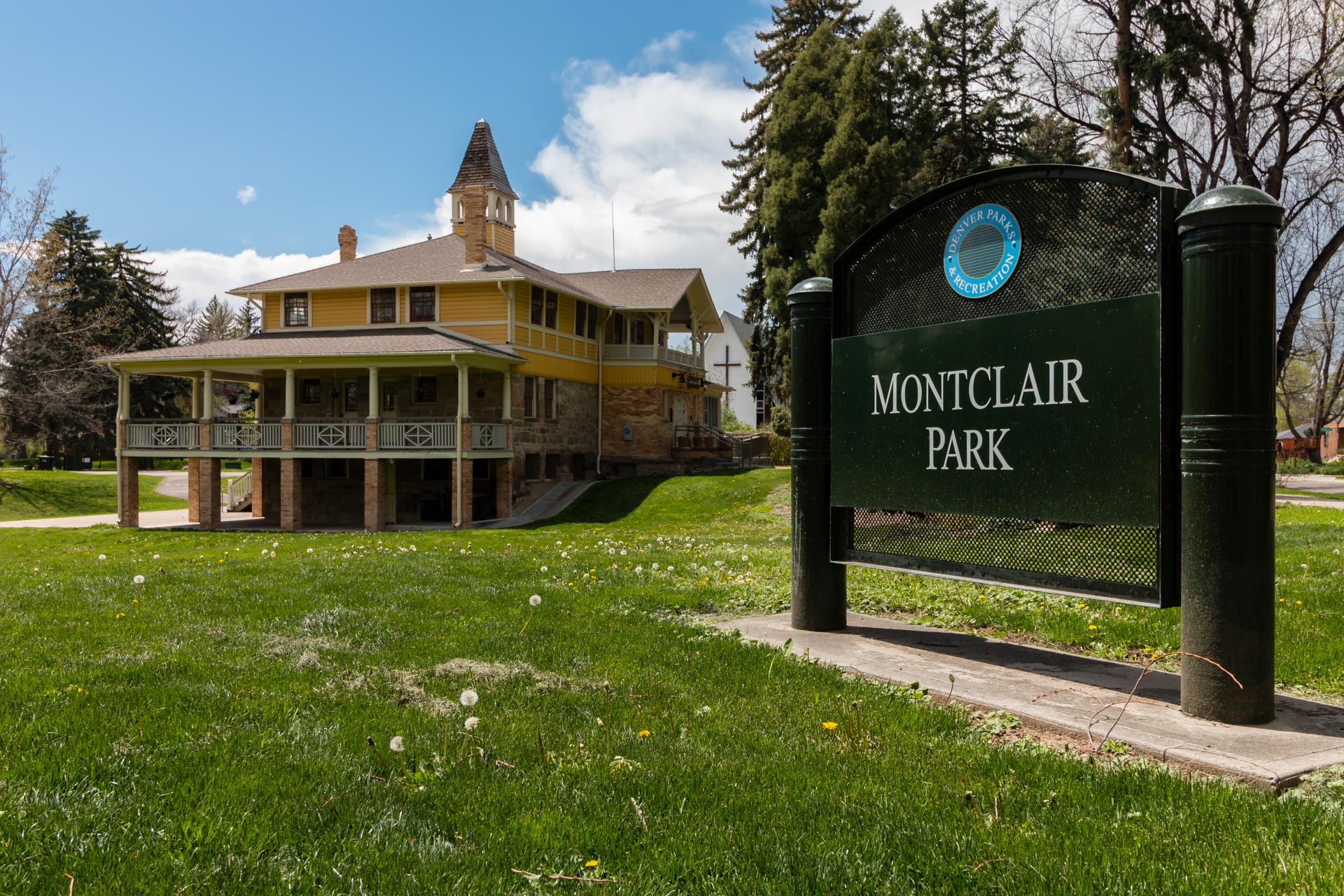 The Molkery in Montclair Park.

The neighborhood features some beautiful city parks, including Montclair Park, where the Montclair Civic Center—also known as “The Molkery”—is located. Originally a part of Richthofen’s Castle, the Molkery was used as a combination hotel, dairy and sanitarium. Renovations within the last decade have transformed the Molkery into a beautiful park building. Other parks in the neighborhood include Mayfair Park, Kittredge Park, and Denison Park.

In terms of shopping for necessities, both King Soopers and Safeway in the 14th Avenue and Krameria Street intersection. Residents can easily travel to Cherry Creek, Stapleton, and East Colfax for more shopping or dining needs. 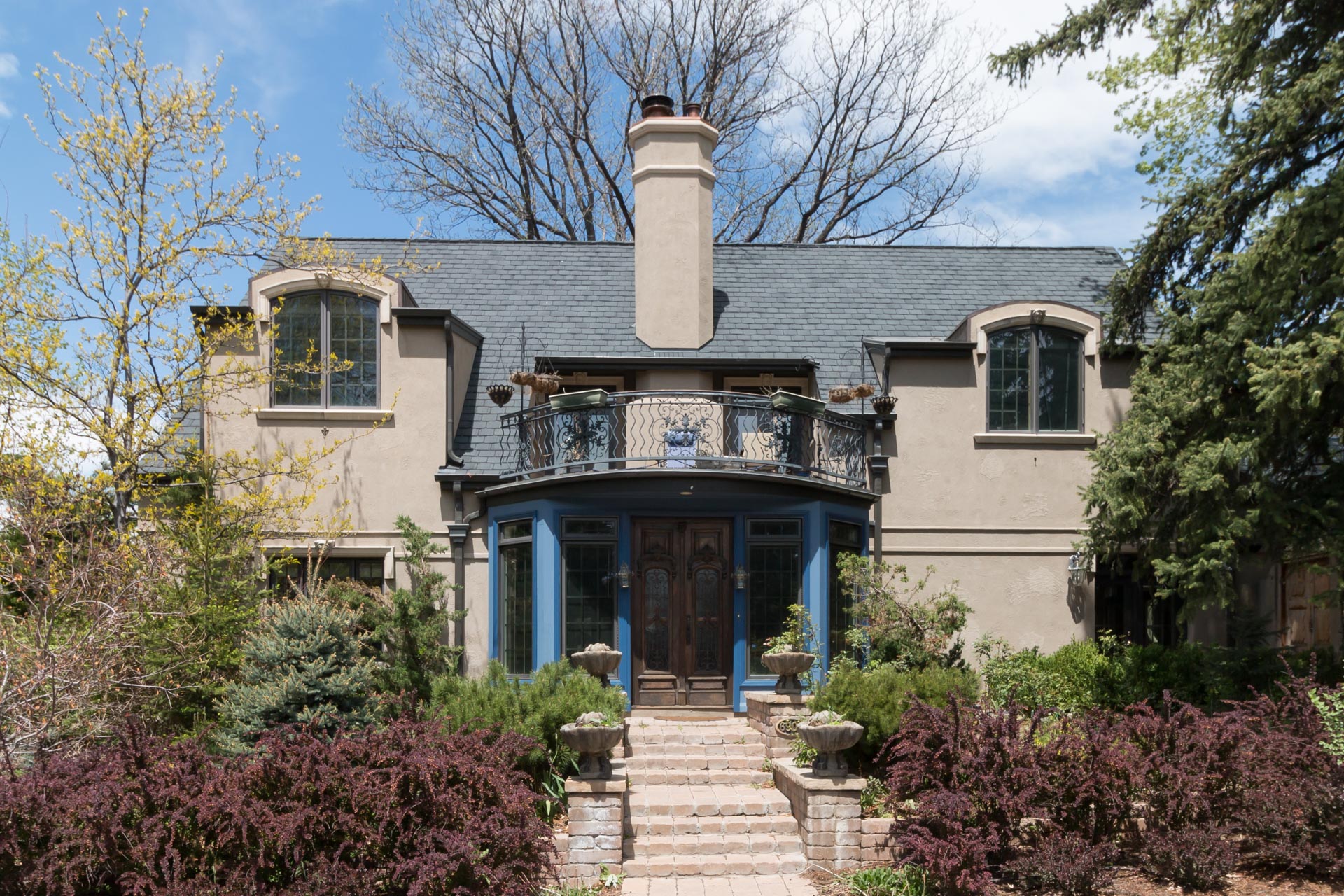 One of many different architectural styles in the Montclair neighborhood of Denver.

The area’s rich history complements a vital, evolving Denver neighborhood with stately homes and quiet streets. Residents here enjoy the distinctive homes, oversized lots, mature trees, and an active, friendly community—all in a convenient east Denver location. For a Denver neighborhood bordered on one side by Colfax, Montclair is surprisingly serene.

There is no typical home here, as it boasts one of the most diverse collections of architectural styles you’ll find in Denver: Victorian-era Queen Annes stand nearby Mediterranean Colonials, Denver Squares, Craftsman Ranches, and Wright-ian moderns, to name a few. Many of the turn-of-the-twentieth-century homes were built large enough to meet today’s standards, a relative rarity in Denver. Like several other parts of town, a wave of construction is occurring here, as brand new luxury homes replace some of the smaller ranches from the 1950s. Currently, homes for sale range from below $500,000 up to over $1.2 million. 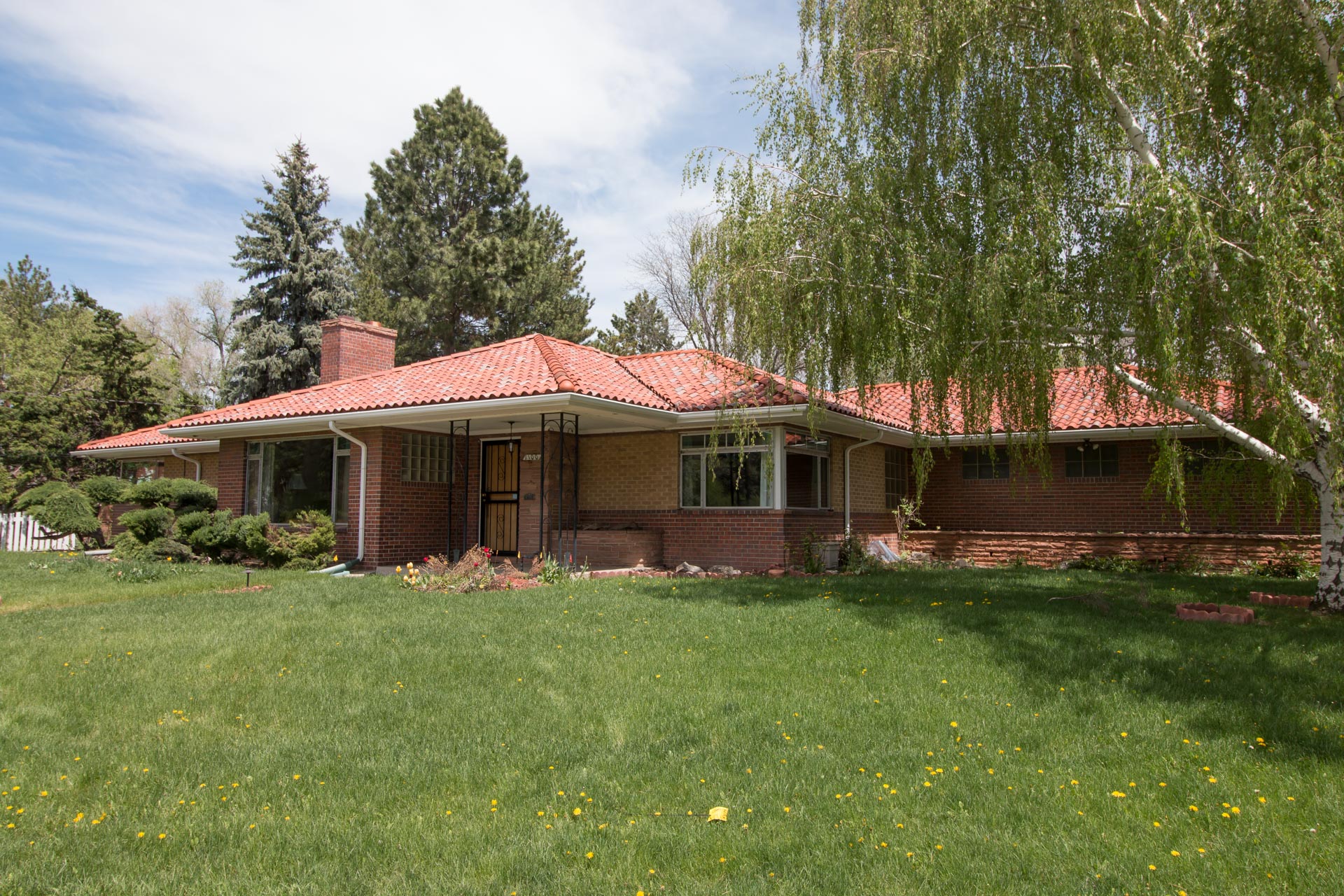 Residents are very diverse: families who have lived in the neighborhood for generations live alongside wealthy entrepreneurs with freshly-minted luxury estates. The neighborhood is very kid-friendly, with children often playing in the middle of the street. Everybody walks and bikes around the neighborhood under the canopy of trees lining the whole area.

Montclair School of Academics and Enrichment (formerly Montclair Elementary School), part of the Denver Public School system, has been teaching youngsters since 1896.  The neighborhood is also home to St. James Roman Catholic School, and the International School of Denver. 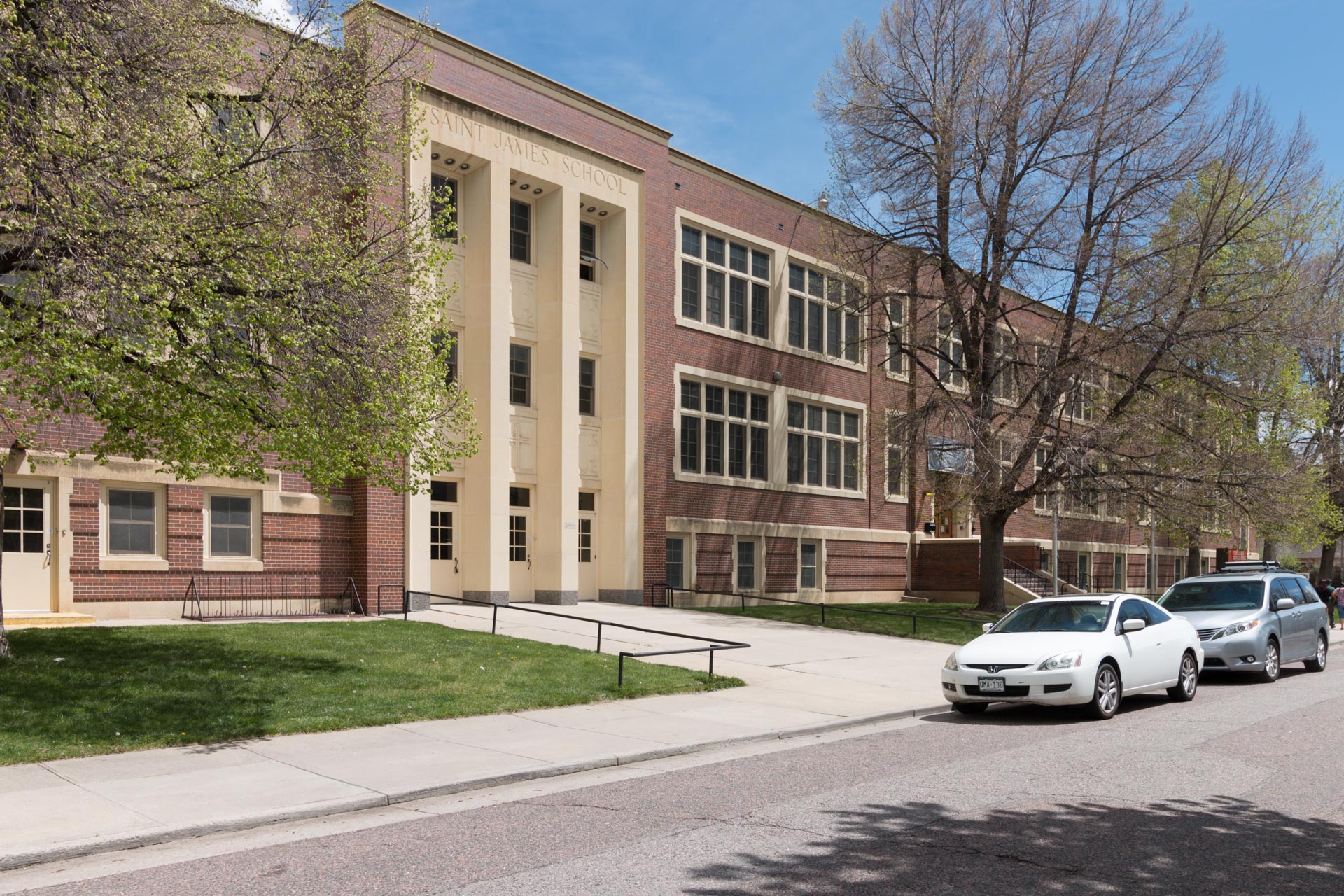